Meet Doctor Nyla Raja, one of the best and sought after cosmetic doctors in the country, she launched her Medispa empire in 2014. The clinic in Wilmslow offers everything from facial rejuvenation to body contouring. Meet Doctor Nyla Raja, one of the best and sought after cosmetic doctors in the country, she launched her Medispa empire in 2014. The clinic in Wilmslow offers everything from facial rejuvenation to body contouring.

The stylish former GP sculpts the figures and appearances of many TV personalities, celebrity figures, and some of Britain’s most familiar faces – without the consequences of surgery.

Famous faces such as, Abbey Clancy, Helen Flanagan, and the Real Housewives of Cheshire have visited Dr Nyla at the clinic.

The multi-million-pound empire built by Doctor Nyla Raja has been such a success that she has opened a second clinic on London’s renowned Harley Street. A third clinic is set to open in Hale this year.

The empire doesn’t stop there with ambitions to open ten more clinics in the next three years.

Having one of the biggest cosmetic clinics outside of London and being the only diamond provider of CoolSculpting, Dr Nyla claims her success comes from her passion for wanting to help people.

However, her passion for wanting to become a doctor started much earlier in life.

This passion came from the loss of her four-year-old sister when she was just twelve years old.

Mum-of-three, Dr Nyla, aged 40, said: ‘’It was quite tragic, my sisters and I were returning from school, and we were crossing with the lollipop lady, when I turned back to get my chocolate bar that I had left.

‘’I have another five sisters, so my four-year-old sister continued to cross the road with them.

‘’I walked back and all I saw was a pool of bodies scattered everywhere, some of them were my sisters.

‘’I could tell that some of them were fine because they were speaking to me.

‘’Unfortunately, my little sister wasn’t speaking to me, but her eyes were open.’’

Wiping away her tears as she continues to recall the tragedy that happened over 25 years ago:

‘’I suddenly remembered an episode of casualty where you must resuscitate people by kissing them.

‘’So, I started kissing her as I held her, but her eyes rolled back, and she died in my arms.

‘’I remember going home that night being broken and never wanting to feel that helpless again.

‘’I went upstairs and got on my hands and knees and said to God that I will never let anyone down again.’’

The tragic loss of her sister inspired her to train to become a doctor, she qualified at the age of 22 and decided to open her clinic when she realised there was a need for non-surgical devices. She explains: ‘’I feel so privileged to be in this profession. I’m fixing people and it’s such a nice feeling.

Her need to help people has inspired her mission to get the non-surgical cosmetic treatment industry better regulated.

Currently, there are no regulations which prevents untrained beauticians to carry out medical treatments.

Nyla expressed her concerns: ‘’I need to fix this.

‘’So, Botox is a transcribable drug and it is illegal for anybody other than a doctor to transcribe.

‘’However, there must be doctors out there giving it to beauty therapists, which is absolutely appalling.

‘’A beauty therapist does not have any training of the anatomy or the physiology of the face, they are not medical.

‘’I’m regularly getting people coming in and they can’t feel their face or part of their face has gone black because of beauticians injecting into their main blood vessel.

‘’It’s scary, and people are not thinking. It might go right the first time, but what if it goes wrong. Forget the procedure what about the adverse effects.’’

The problem is said to be getting more regular and Nyla has since been approached by an A&E consultant from The Manchester Royal Infirmary.

Nyla explains: ‘’They’ve asked me to work with them because they don’t know what to do with girls who are walking in with abscesses, infections, and necrosis (the death of most or all cells in tissue due to failure of the blood supply).

‘’So, it’s a huge concern. The government have now made it illegal for non-dentists to whiten teeth.

‘’So, why haven’t they stopped non-medically trained people from paralysing the muscles of people’s faces, or cutting peoples flesh open and injecting foreign bodies in.

‘’I don’t understand why the government are not taking this further, it’s crazy.’’

This is one of the reasons why Nyla prices here treatments with a budget in mind.

She continues: ‘’I look after people’s money, I’m doing everything with a budget in mind.

‘’I know it’s expensive, but I don’t rip people off.

‘’I’m a doctor, I’m accountable to, you take an oath when becoming a doctor to look after, care and tell the truth to people.

‘’I think that’s why I’m so different because a lot of clinics that are opening up are not doctor led, they are businesses.

‘’People have watched me and thought she’s making a lot of money, but what they’ve not understood is that my heart is in it. ‘’My profession and the years of training I went through, means I can’t do the wrong thing by people just because it makes me a lot of money.

‘’That’s why I think I do well because people can see that.’’

Doctor Nyla states that she is a doctor that can be trusted because she turns more people away than she treats.

She explains: ‘’I think the younger generation are not looking to tweak or improve themselves, they are looking for perfection and they aren’t prepared to wait.

‘’So, they go to untrained beauticians who will carry out treatments for £100.

‘’Where I would say, you are 25 you don’t need lip filler, but they know a backstreet beautician will do it for them because they don’t care.

‘’Beauticians don’t have a regulatory body and have no ethical boundaries.

‘’I train my aestheticians up myself and it costs me around £50,000 to train each person up, it’s the most rigorous training.

‘’Yet, people are trusting beauty therapists that have had no training.’’

Nyla states that she can understand the people she is treating because she has been on the same journey as them.

She said: ‘’I was that young pretty girl at 22 who thought she was invincible, but I’ve aged, I’ve had children, I’ve had relationship problems.

‘’As you get older you don’t feel like that 22-year-old invincible woman, so what’s changed, my head and my heart hasn’t changed, but it’s my physical appearance that’s changed. ‘’So, I’ve been through the same journey as the women I’m treating.

‘’I’m not on my own; the more I speak to people and they tell me their story, it’s like looking in a mirror because I’ve been there.

‘’People come in and they bare their souls to me, they don’t know me, I’m a stranger and they let me into their lives and they tell me why they want to make improvements.

‘’Usually there is quite an emotive reason why and they tell me how depressed it makes them.

‘’They say things like I feel fat or they feel like their partner doesn’t look at them anymore.

‘’So, in a way I’m also counselling them, I’m looking after them medically and I’m supporting them.

‘’For me I’m not doing this to be a hugely successful cosmetic doctor, for me I’m completing my vocation which is to care and make people feel happier in themselves.’’

Nyla states that she is a huge believer in if you look good on the outside; you’ll feel better on the inside.

She would understand this better than anyone, her inspiration to launch Medispa came when she spent her life savings on a CoolSculpting device after receiving dramatic results.

She explains: ‘’I first started having treatment myself after I had given birth to my baby, I went up to 13st.

‘’It was quite a depressing because I suddenly put on a lot of weight, I had a baby, so the gym isn’t as accessible and organising child care is difficult.

‘’I knew I couldn’t stay like this because it was getting me down, so I thought I would try CoolSculpting after I had seen the amazing results it could bring.’’

Nyla went to Harley Street in London which at the time was the only clinic offering the treatment.

Nyla said: ‘’You think to yourself it’s never going to work and I was very sceptical of the procedure, but it worked.

‘’So, then I thought I’ve got to buy one of these machines.

‘’I used my whole life savings to purchase the machine, it’s very expensive and that’s the reason why not everyone is having it done.

‘’It’s expensive because it’s a super technology, but its brilliant and it delivers dramatic results.’’

‘’So, that’s how I launched my own clinic on Hawthorn Lane in Wilmslow.’’ 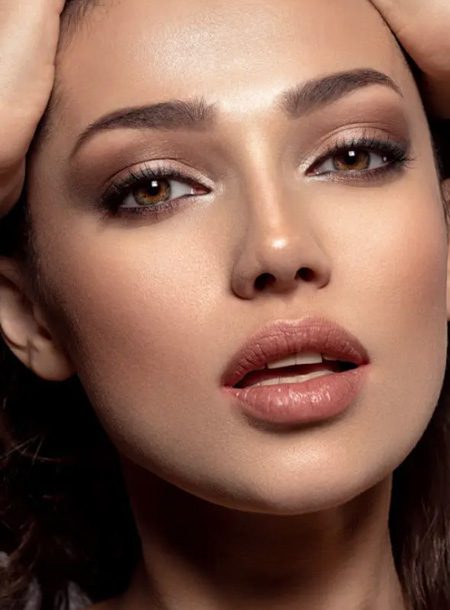